Subscribe to get our newsletter and get instant access to your free Super Simple Social Checklist! In it, you'll find the most up-to-date social media hacks that'll help you optimise your accounts, grow your tribe of loyal followers and turn your social makeover into a social takeover!

New Year’s Resolution: How To Make Yours Stick 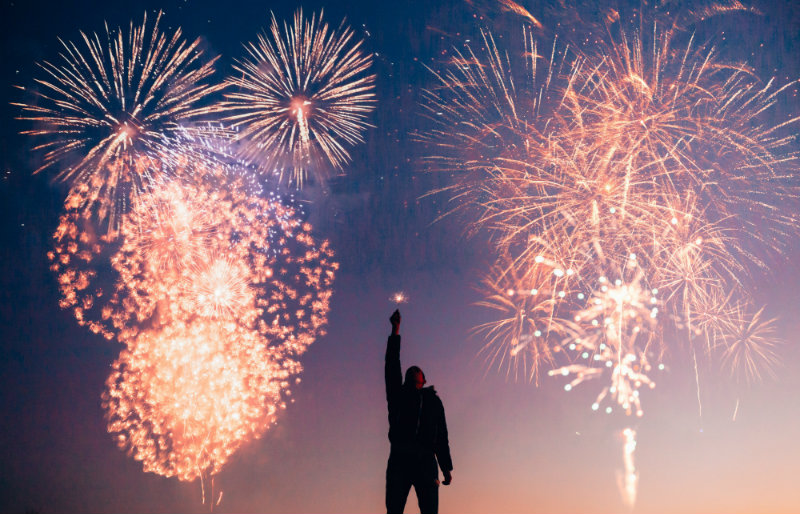 A New Year’s resolution is TOUGH to stick to. I get it.

How many times have you or your friends made huge resolutions at the start of the year, only to give up on them weeks later? (Don’t worry, I’m guilty of this too)

It’s time to change that.

So let’s start with where things usually go wrong and then at the end I’ll provide you with some steps to follow to kick some serious goals this year.

No time to read? Watch the YouTube video instead!

Have you ever been in a situation where you’re talking about what someone’s resolution will be for the New Year and they say something along the lines of: “I’ll try to go to the gym three times a week… but I mean, I hate the gym so we’ll see how I go with it”… Or something similar.

The problem with saying things like ‘try’ and ‘see how I go’ is that that person has basically already given themselves an ‘out’ before they’ve even started. They have already accepted failure and made themselves okay with that failure before even getting that shiny plastic gym membership card with their name printed on it.

So that’s the first reason why people fail.

The language we use out loud and internally plays a big role in our success and it’s a big reason why some people are naturally more committed than others.

Reason for failure #2: Not thinking in terms of habits

The second big reason why people fail to keep their NY resolutions is that they’re thinking in terms of behaviour instead of habit.

The only real way to stick with your resolution is to make it a habit which is actually just a series of repeated behaviours. So the key here is repetition.

Think of this in terms of getting up in the morning and going to brush your teeth, making your coffee, reading the paper or whatever it is you do every morning.

Those are your habits, you’ve formed them through continuous repetition and I can guarantee you have hundreds of small behaviours, which you continuously repeat, even if you’re not aware of them.

You might take the same route home every day, catch the same bus, check your emails first thing in the morning. Those are not things you actively think about, you just do them automatically.

But at one point in your life, this was not automatic and you developed it as a habit by repetition.

So, let’s say your resolution is to eat healthier. That’s too broad and it’s not really even measurable.

You need to identify realistic and measurable smaller behaviours that are aligned with your overall goal.

You will then repeat these small behaviours until they become a habit.

Your resolution instead could be to make a green smoothie every morning instead of a coffee. Or take the stairs at work instead of the elevator every day. It’s something that doesn’t make you break your current routine but it alters it slightly which makes it achievable.

Over time, by taking those stairs every day, you’ll start to feel better and healthier and might move onto actually going to the gym but you need to think in baby steps.

Reason for failure #3: Not being accountable

You need to hold yourself accountable by not giving yourself an out. There are two ways of doing this. The first is to create reminders in the forms of sticky notes, phone alarms or by doing things like putting all the ingredients in your blender the night before so in the morning you will definitely make your green smoothie.

The second way of doing this is incredibly powerful and that is to involve others in your resolution.

Reason for failure #4: No social responsibility

As people we are constantly trying to maintain status in everything we do.

Let’s say you tell your coworkers that you’ll be taking the stairs up to the office every day instead of the elevator. And one morning you just don’t feel like it, but you see a coworker near the elevator so you know that if you took it they would know you broke your habit.

Or someone might see you stepping out of the elevator on your floor. If being healthy and sticking to your word is important to you then being perceived as a lazy quitter would be an automatic loss of status. So you take the stairs to avoid this kind of scenario.

The last main reason why people fail is that as soon as they miss a day of performing their habit, they give up altogether. 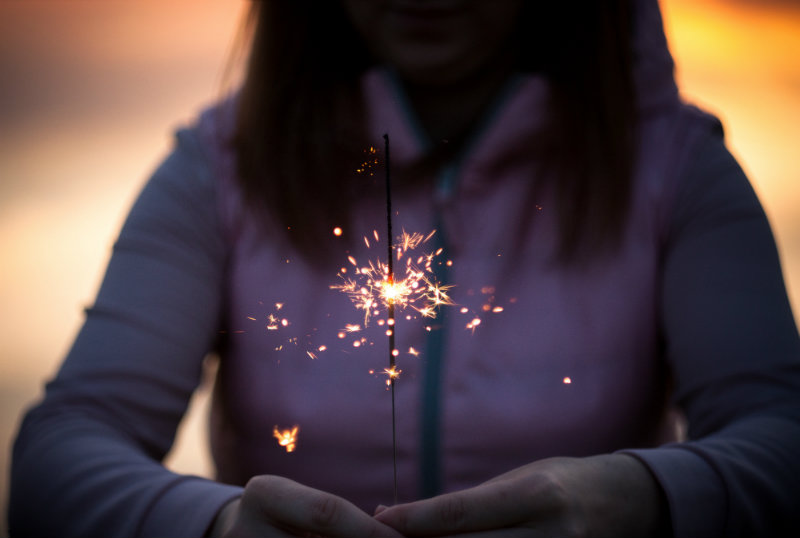 Reason for failure #5: Giving up too easily

Or, they’ll try to double up the following day by saying ‘Oh, I missed a workout today, tomorrow I’ll just workout for 2 hours instead of one’. Then they miss another day and suddenly it’s 3 hours instead of one. It gets too overwhelming and they quit completely.

Psychologically, it helps us to begin a new habit at the start of a new week or a new month, not on a random Tuesday mid-month.

But when you actually start is completely up to you. And you need to give yourself a break when things don’t go according to plan. You might miss a day, or 4. Just like I’m sure you’ve gone to work before without brushing your teeth at some point because you woke up late. But that didn’t stop you from brushing them again the next morning.

Let’s sum up what you can do to help yourself stick with your resolutions or goals, whether you make them at the start of the New Year or not. 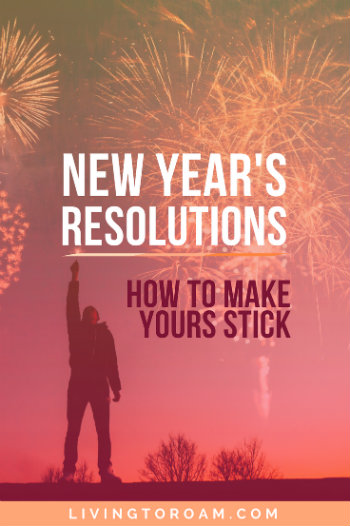 1) Practice positive self-talk, use words like ‘will’ instead of ‘try’.

2) Think in terms of shifting a habit that you already do on a daily or weekly basis instead of trying to create a brand new behaviour.

3) Hold yourself accountable through reminders.

4) Allow others to hold you accountable by telling them about your new habit.

5) Don’t be too hard on yourself and give up as soon as you miss a day or two of performing a habit. Take a break, start again next week.

Remember to own up to not only your successes but also your failures and learn from them going forward.

I hope that this helps you to kick some serious butt when it comes to sticking with your resolutions at the start of the year or forming new ones throughout the year as well.

Something you can do right now that’ll help you to hold yourself accountable for your resolution or a goal you might have is to let me know what it is in the comments below this post – so pop it below, and remember to show your support for others who are also sharing theirs.

Maggie is a (Slovak born, Canadian grown) plant-powered, sloth-enthusiast, and mother of dragon fruit. Her guilty pleasure is happy-crying while watching highlights of America's Got Talent golden buzzer moments. But her biggest passion is helping others to achieve their dream of travelling while working from anywhere in the world. Laptop required, pants optional.