What In The World Is A Multipotentialite?

Ok, I know. Multipotentialite? Let me explain. I suffer from what I used to call my ‘Career and Creativity Attention Deficit Disorder’… It’s what I used to blame for my inability to pick one career or even one passion and stick to it. I used to envy people who were able to focus on one direction or passion and keep at it for the rest of their lives. 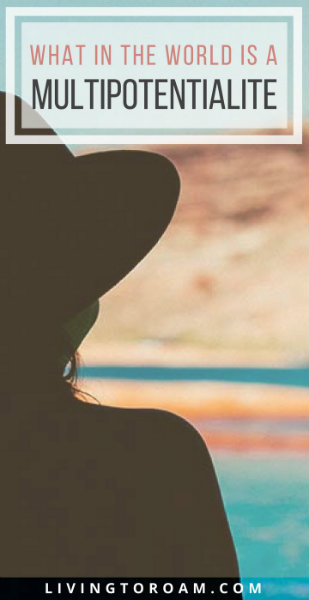 In high school, I had a friend who wanted to be a funeral director. She was a happy, bubbly girl and I thought it was an odd career to pursue from such a young age, but it actually made total sense in the end. It was what she wanted for a long time and she didn’t even think about any other alternative, this kind of all-consuming passion made her incredibly good at her job. It all seemed so simple for people like that. The ‘specialists’ if you will – those who do their one thing, and do it incredibly well. This… this was not me.

Having grown up in Eastern Europe I was used to having a relatively limited range of possibilities. Not just in pursuing a career (especially as a woman) but just in general life. So, of course, when I came to Canada, my brain went into over-stimulation overdrive. Suddenly, I was at a school that had a student council, several sports teams, art club, debate club, drama club, after-school language courses and many other activities. Naturally, I got involved in anything and everything with the exception of perhaps the boys’ basketball team.

I felt spoilt for choice, and I just couldn’t get enough. It’s important to understand that I was not an athletic kid. I don’t mean in the ‘Oh, she may not the BEST player on the team’ sort of way. I mean in the way that my entire field hockey team used to quite literally run laps around me during practice because I have the running abilities of a relaxed wombat. They tried to put me in as a goalie for one game and then not-so-gently reminded me it was the worst loss that the team had suffered in 3 years. That didn’t stop me from trying anything and everything even if I absolutely sucked at it. After all, I was overweight and didn’t speak English there really wasn’t much to lose as far as me making friends was concerned. Funnily enough, only a few years later I would go on to actually teach English to little Italian kids in Rome.  This seemingly sporadic behaviour pattern has since extended into nearly every aspect of my life. It has a tendency to drive people nuts because as humans we want everything to fit into a category, a schema of how we think that things should be. When someone upsets that balance, our brains don’t like it.

The Skittle to your M&M

From a psychological perspective, I like to think of this as the M&M’s vs. Skittles phenomenon (I have a point I swear – bear with me). Let’s say you like both of these types of delicious sweet treats, but on this specific occasion, you’re certain what you have in front of you is a bowl of M&Ms. Then, without paying too much attention you reach in and it seems an accidental Skittle has wandered its way into your bowl – it’s sour and you spit it out. You normally like Skittles, you just weren’t prepared to have one in your mouth right at that moment and this is why your brain rejects it.

Being a multipotentialite is a little bit like that. You see, a multipotentialite is someone who not only enjoys different types of careers and activities but often excels at them. They are someone who can bring two seemingly disparate paths and make them work in conjunction with one another. As opposed to how it may appear to others, a multipotentialite is not directionless or flaky, his or her path simply has many directions, none of which is a dead end. It used to be quite the standard in the Renaissance era for people to excel at more than one thing and even pursue several careers which is why a multipotentialite may sometimes be referred to as a ‘renaissance person’ or ‘renaissance soul’. In today’s mainstream society, however, this seems to often fall outside the norm resulting in many a multipotentialite feeling like the Skittle in a world of M&Ms. Over the years what I’ve learned is that it is not the fault of any one particular person. The individual just usually wants to know how my many passions and careers fit into the greater scope of society. People can accept, for example, a mechanic who paints on the weekend as a hobby or a school teacher who has a passion for welding. What people can’t seem to quite wrap their heads around is a person who used ride motocross full time, is now an IT technician a few days a week, and also runs a private psychotherapy practice during the rest of the week. This particular person worked at the office where I had my first full-time job, and he excelled at all of these seemingly contradictory passions and career choices. It was the first time I encountered a real life example of another multipotentialite and realised I didn’t have to choose between my passions, I could make them work together.

Meeting this person helped me understand that I wasn’t broken, my seemingly contradictory passions were, in fact, a great gift, my superpower. Not quite like having x-ray vision or anything. Professor Xavier won’t be knocking on my door anytime soon.

It really only occurred to me recently just how beneficial it can be to so many aspects of my life. You see, in high school, I was an “emo kid” with facial piercings, tattoos, I skateboarded and dyed my hair funky colours. I was also a prefect and kept my name on the honour roll year after year, I was on student council and in the drama club, amongst other activities. I got the highest grade in my tech class in which I was the only female student. All of this resulted in me going to one of the top universities in Canada where I studied health and psychology. I did a semester abroad and studied fine art and photography. I volunteered about 25+ hours per week across several organisations all the way through university and then went on to enjoy working in a cut-throat sales environment, while also selling my art online. Basically, my passions just could not seem more confusing to the outside world. Hello, multipotentialite madness. This is why the phrase “What do you want to be when you grow up?” has always made my skin crawl, mainly because I changed my answer about every 5 weeks. even as a kid. 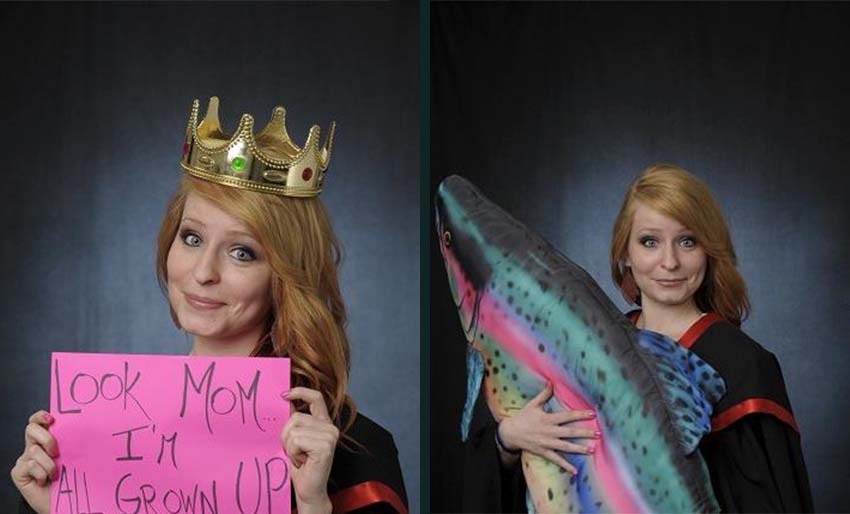 The photos above were just two of the weird photos I had taken when I graduated university. I just couldn’t seem to do anything the ‘regular person’ way. The reason for it? I quickly realised that life outside of the box is way more fun.  Over the years, my parents have learned not to get too attached to any of my life choices as they change too frequently. This is the one downside of being a multipotentialite – we get bored very quickly once we feel there’s nothing challenging left for us to explore.

Being Too Smart – Is That Even A Thing?

When I quit my recruitment job in London, my boss told me that it’s fine because I was too smart for the job anyways. It was a statement that continued to baffle me for years afterwards, too smart? What does that even mean?! I only recently came to realise that it was because I refused to do things by the books, I kept trying to find newer and more profitable ways of doing things. This, I came to realise, was not acceptable behaviour from someone (even less so from a woman) who has only worked within a company for a few short months. This is what consultants with years of experience were for. It was this kind of proactive behaviour that made my boss think that controlling me would be a challenge and he was right. Ultimately, even though I was good at my job, he seemed relieved when I left. A creative mind is difficult to control, and the ‘specialists’ of the world can either embrace it or try to fight it.  People have been trying their best to put me into a box my whole life. Every time I seem to excel at something someone goes “awesome – that’s your thing – do that!” As if that’s how it works for everyone. Below are just two photos of the pumpkins I’ve carved for Halloween over the years. Not exactly professional-level pumpkin carving but perhaps slightly better than the amount of effort people generally put into it. Especially seeing as the pumpkins pretty much rot the next day anyways. Could I make a career out of this? Maybe. Maybe I could get into fruit carving for functions, and expand further into vegetable carving for vegan festivals. But the beauty of it is that I put a lot of effort into it once a year, and that’s it. I don’t feel the need to carve into every piece of fruit, vegetable and legume for the next 365 days. 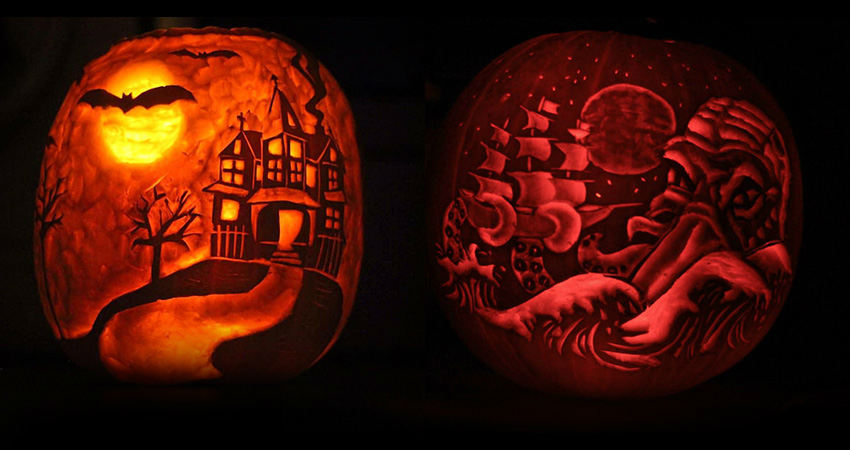 Some people create insane masterpiece carvings and various artworks and they live and breathe art. While for me it comes and goes. Every once in a while I’ll get this crazy idea for something artsy, I’ll get it done and then I might not do anything similar again for a few months or years. This, understandably so, frustrates the crap out of many people in my life.

I have a tendency to stop things as soon as they no longer make me feel happy. This, to me, seems incredibly logical and yet I’m continuously needing to justify this to others.

Because of my short attention span with creativity, careers and clients – freelancing is perfect for me. If reading this post has led to a massive “I might be a multipotentialite too!” lightbulb go off in your head, then perhaps freelancing is something you should seriously consider too.

I can change projects, clients or even the types of freelancing work I do whenever I want and this isn’t considered a flaw. It’s actually a massive advantage. It makes me well-rounded and adds to the level of creativity I can bring to each and every project. Working online has far fewer boundaries than a traditional job, plus I can embrace the other sides of the digital nomad life too, like travelling whenever and wherever I want. I was even able to keep working whilst on our recent trip to Vietnam.

Discovering freelancing as a way to combine my passions of art, design, development, travel, business, management and helping people has been revolutionary for me. It certainly can be for you too. Or perhaps, you need to find what works for you, but I hope it’s comforting to know that as a multipotentialite, you’re not alone. Are you a potential multipotentialite? Have you found an awesome way to make all your passions work together?   Let me know in the comments below, I’m always keen to connect with more like-minded creatives.

← Cute Or Crazy? 16 Things You Discover While Travelling With Your Partner
Being A Digital Nomad, What It's REALLY Like →

I’m a caffeine-enthusiast whose guilty pleasure is happy-crying while watching highlights of America’s Got Talent golden buzzer moments.

And my mission is to continue to create affordable and accessible digital marketing education which changes lives.

Check out my best-selling online courses with over 60k happy marketing students here. 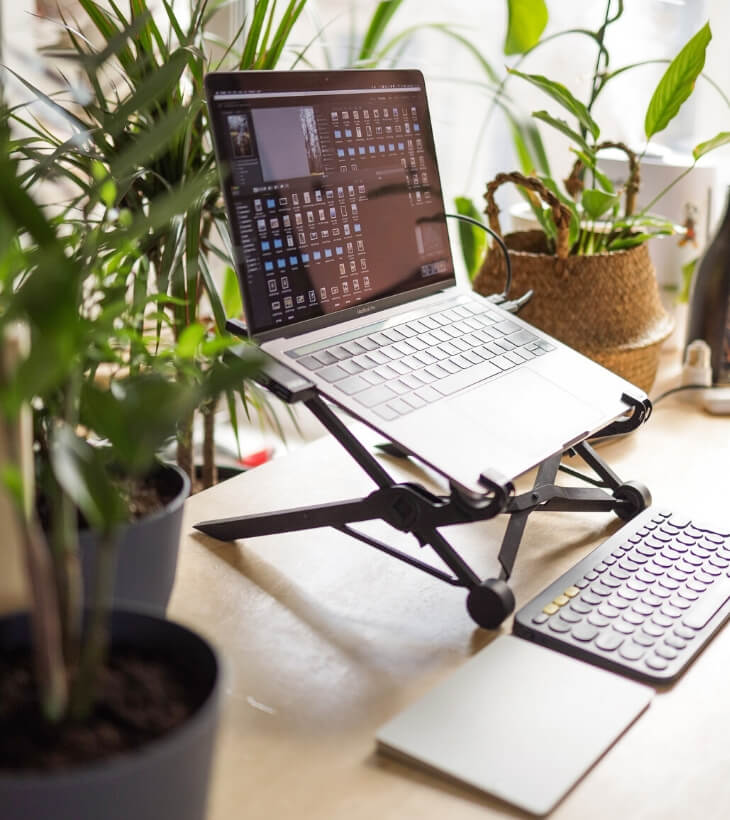 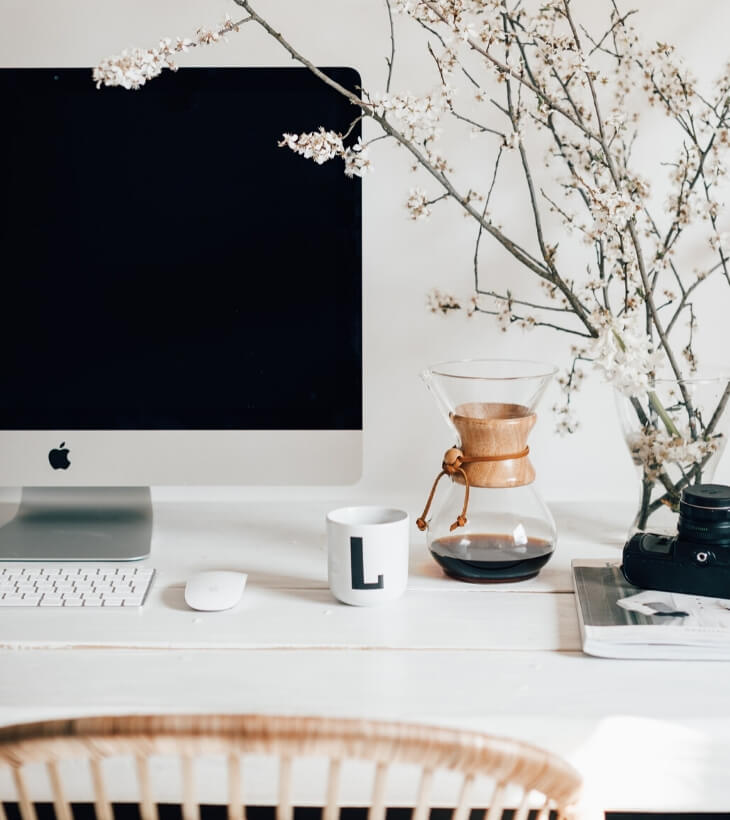 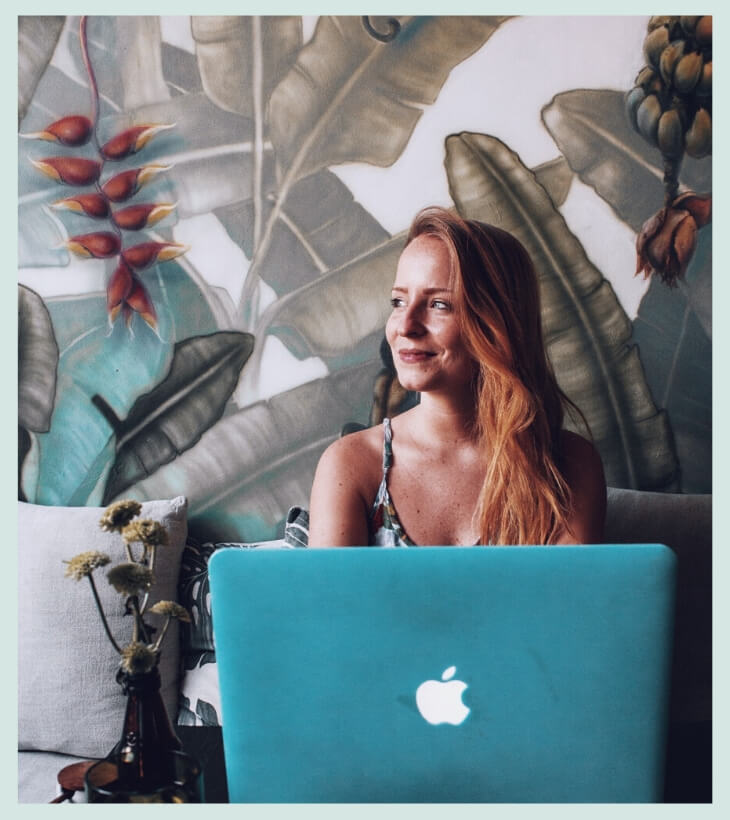 Digital marketing career: should you start yours in 2022?